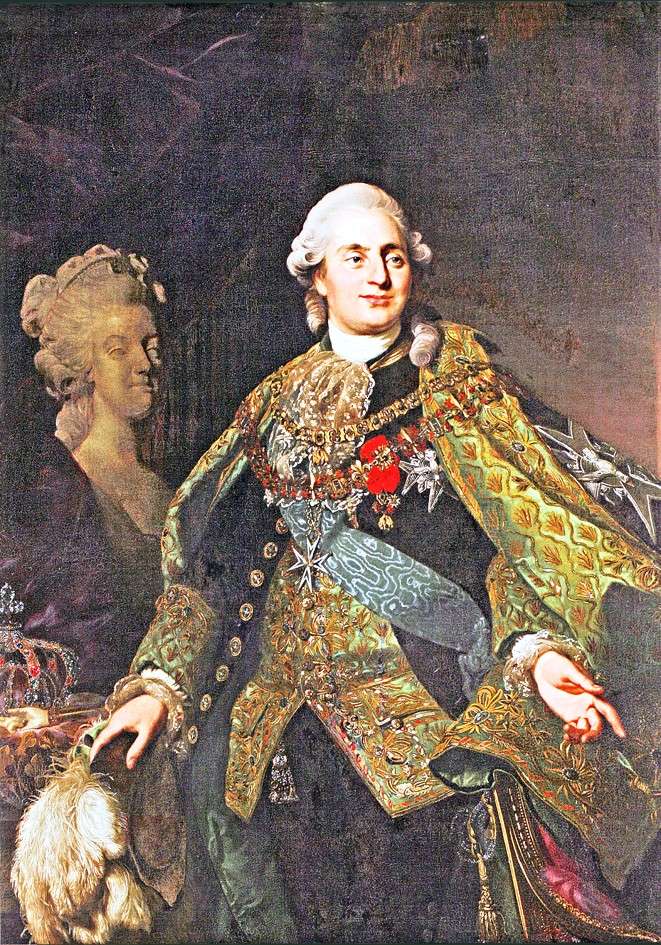 The King painted by Alexandre Roslin, the famous Swedish artist: 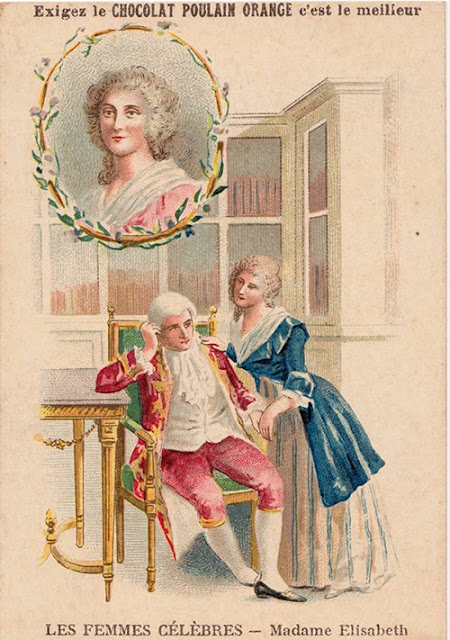 The image is a wonderful depiction of the love and devotion Madame Elisabeth felt for her brother. As she wrote to the marquise de Bombelles in 1787: "Ah! who can take a keener interest than I in my brother's happiness? http://bunniesandbeheadings.tumblr.com/post/59201538539/le-nouveau-calvaire-louis-seize-mis-en-croix-par
This picture is from Bunnies and Beheadings and is called "The New Calvary: Louis XVI placed on the Cross." Louis XVI is crucified. On either side of him are the two thieves (his brothers.) His Queen weeps at his feet and nearbyare his sister and his daughter. He is being put to death by three figures representing the Three Estates of Clergy, Nobility and Commoners.
_________________
Je pardonne à tous mes ennemis le mal qu’ils m’ont fait. I know this is an idealized portrait, but here you can see that Louis XVI (here as Dauphin) resembled much more to Artois than to Provence. Those who want to show him as some "ugly and fat" man - anyway, why should every fat person be ugly? - simply confuse him with Provence. Even if Artois was the handsome one, our Louis also didn't have to be ashamed because of his appearance!

This is really interesting, seeing the three faces so close. Louis and Artois did look alike! Glad to see he did indeed have a resemblance to the "best looking" of the three. Of course, more importantly, Louis also had the best manner of the three. He was intelligent, humble, and very devout. History has been rotten to Louis!

Glad to see he did indeed have a resemblance to the "best looking" of the three. Of course, more importantly, Louis also had the best manner of the three. He was intelligent, humble, and very devout. History has been rotten to Louis!

Who said Louis was ugly? Those contemporary sources (memoirs etc.) only mention that he was a big awkward man who always walked with bowed head, which made him a bit gawky. Only biographies like Zweig's or Habsburg-Lothringen's include such interpretations that Louis was an "ugly fat" man, maybe to emphasize how "tragical" Antoinette's whole life was. Take out your handkerchiefs and sob for a woman who married the big gawky guy who respected her, and not the soooo haaaaandsome youngest brother who would have cheated on her...

You are so right! People like to portray Louis as unattractive in order to redeem Antoinette and arouse more sympathy for her. And it's often the people who support the whole businesss of her "affair" with Fersen. Fat unattractive husband, or dashing Swede?

Well, Fersen, like Artois, had a reputation with the ladies. For many other reasons, including this one, I don't believe she slept with him.

Poor Louis. He may have lacked confidence and had simple tastes but he wasn't stupid or ugly. Even if he had been, it matters much more that he was a kind, devout and sensitive person.  Louis was an intelligent, but humble man. Had he been brought up a little differently, he might have shown more confidence. But he still wasn't as "backward" a people seem to believe.

I hate the impression people have of "unattractive and fat" Louis. Not at all, as these pictures show! And I don't think the artists just tried to make him look more flattering than he was...

she was a daddy's girl I love it!