A few weeks ago I nabbed an authentic newspaper from 1794. 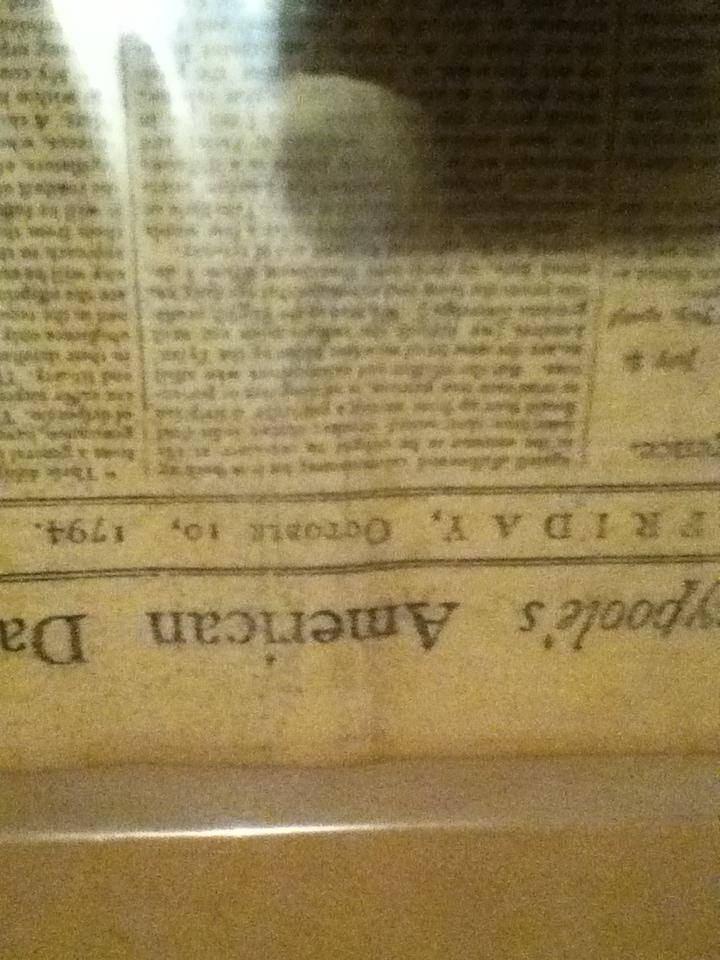 That's...sorta a photo of it. I didn't want to scan it in or use a camera with a flash since that would damage it - the light you see in the above image is the plastic wrap its in reflecting my overhead - so I had to use my i-pod which isn't the best image-capturing device there is. The paper's called Dunlap and Claypoole's American Daily Adventurer and it was published Friday, October 10, 1794.

I bought it mostly for its foreign interest articles including this blurry little bit about the speeches at the Jacobin Club, outlining one given by Bertrand Barere and one by Maximilien Robespierre: 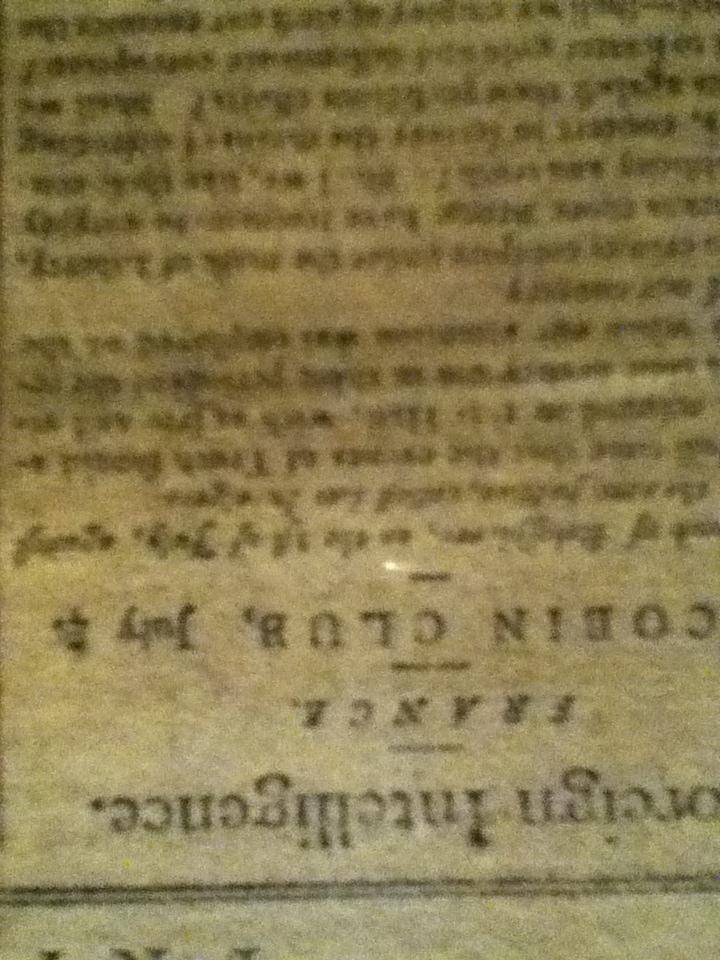 Speaking of L'Incorruptible, the paper also contained an the article on the death of Robespierre. This was apparently one of the papers that announced his death to the United States. 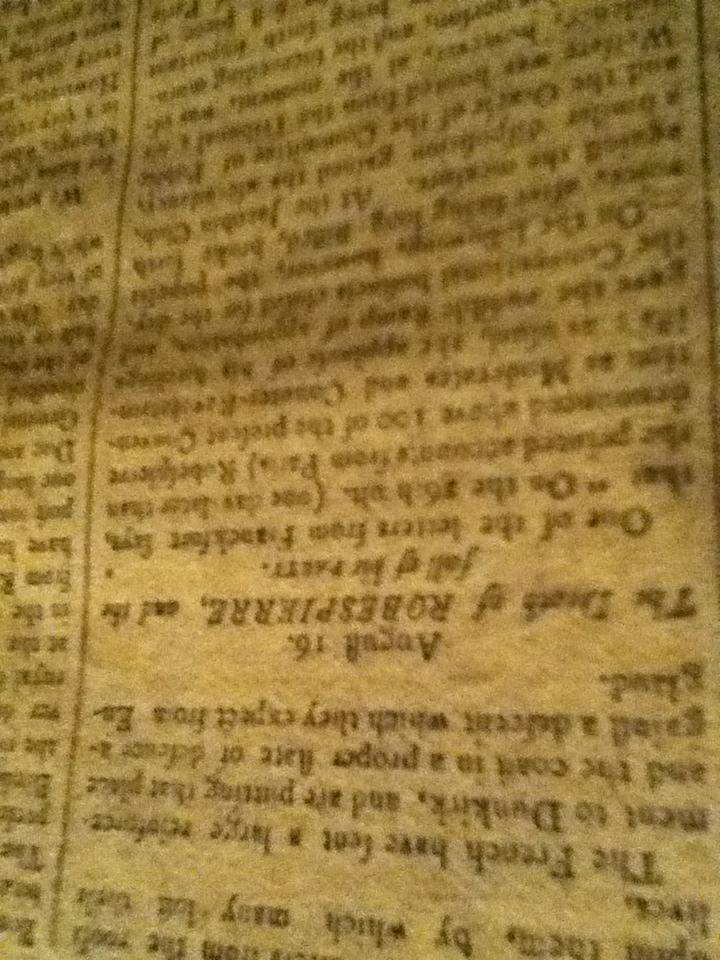 He died in July, obviously, but I think the information took awhile to travel - the same issue also remarks on the 14 July celebrations in Paris. Either way it looked like such a rare treat so I got it, to my bank account's detriment...but it was worth it, I think.

Eh, I figured this was similar enough to the above topic for me to just bump the thread rather than create new one.

An internet friend of mine also recently purchased a 1794 Compendium and not only is the quality of their image greater, it also has some notes from the previous owner.

Check it. It's an article on Madame du Barry's execution, and clearly someone didn't approve because... 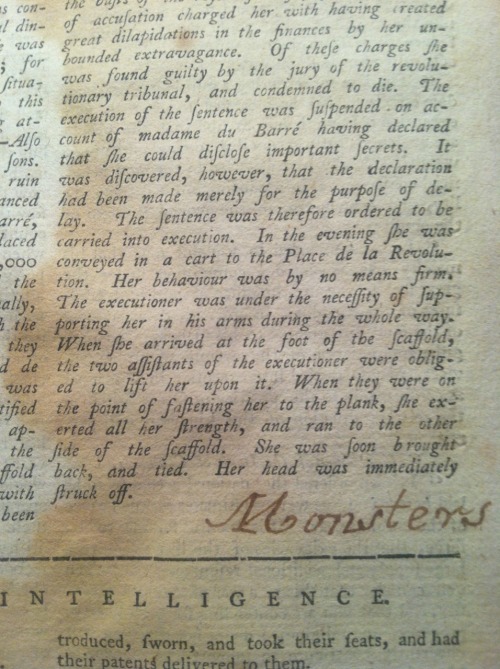