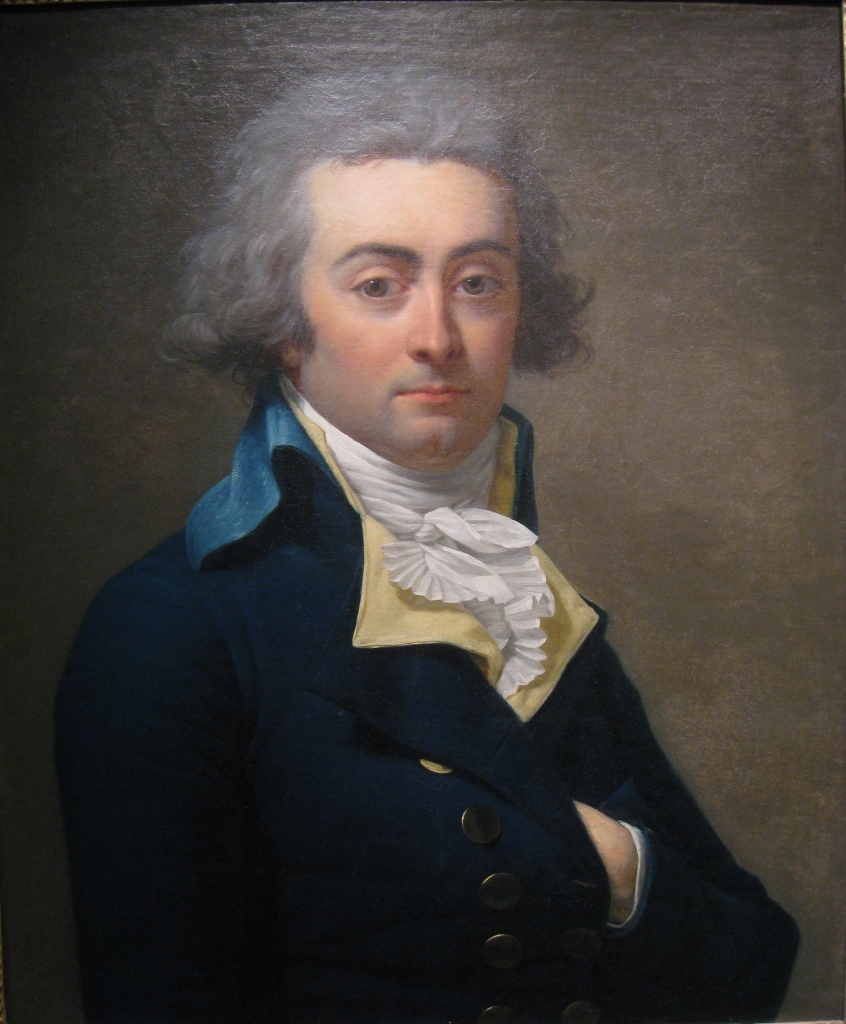 Nothing too unusual here, a noble, a cousin of Antoinette's friend --- until we realize what Herault de Sechelles became during the Revolution.

During the Terror, there were "twelve who ruled" on the de facto dictatorial Committee of Public Safety. Herault de Sechelles, ci-devant aristocrat, one-time courtier of Versailles, former intimate of Marie Antoinette, and cousin of Lamballe, was one of those twelve.

But it gets a little more interesting (if a member of the aristocracy becoming a rabid Jacobin wasn't interesting enough) --- Marie Antoinette's trial and subsequent execution had been demanded numerous times before October 1793, but the Committee of Public Safety, oddly, had done little to satisfy the demands. It has been speculated that there was an internal struggle and that someone on the Committee was throwing a wrench in the gears in an attempt to postpone the trial as long as possible.

Now, who on the Committee might be behind that? The debates within the Committee of Public Safety are not recorded and so we can't know for certain, but I'd be willing to bet that if the CPS was having difficulty synchronizing its opinion on Antoinette's trial, Herault de Sechelles, who knew the queen personally, was probably the kink in the gears. But again, this is all just speculation.

I've read a little bit about Herault's revolutionary career, his missions in Alacase, his execution, etc - but I cannot find much in the way of his time at Versailles. Does anyone know just how close he and the queen were? Or, conversely, if we can't find anything about his friendship with Marie Antoinette, does anyone know how close he was to his cousin, the Polignac?


I think this man is absolutely fascinating, what with his shift in allegiance and possible attempt to spare Marie Antoinette's life even as he sits at the head of the Revolutionary Government (and of course his later execution as an alleged Dantonist), but I can't find too much on him and if anyone has any resources or chunks of knowledge I'd love to hear them!

Thank you for the information! I never heard of this person!! VERY interesting!!

Yes, he seems to be a rather elusive character. I've read that he was a bit of a libertine, which was in sharp contrast to the prototypical puritan Jacobin. But Jacobin he was - he may have even stormed the Bastille!

I asked vivelareine on tumblr if she knew anything, and she said that Antoinette had once given Herault an embroidered garter as a gift. I don't know if it means that they were particularly close or if it was just a polite offering to the relation of her friend, but I thought it was some nifty trivia.