An essay from the Mad Monarchist:

The final course of German unification was therefore decided by a seven week conflict which determined that Prussia would dominate the German nationalist movement and Austria would be excluded. Prussian advances in weaponry and logistics made short work of the Austrians and soon Austria sued for peace. Prussia was not overly demanding in reaching a settlement, anxious to avoid having an embittered Austria as a future enemy. There was also little Austria had that Prussia wanted, they simply wanted Austria out of the way in the drive for German unification under Prussian leadership. Austria was excluded from German affairs and the old German Confederation was officially abolished, replaced by the short-lived North German Confederation which was simply a stepping stone to the united Germany. France helped negotiate the peace and one cannot help but wonder if Emperor Napoleon III realized that he was next on the Prussian menu. He was confident that his forces could defeat Prussia alone but he hoped Austria could keep the south German states from joining in. Again, however, events far beyond the control of Prussia worked together to isolate France.
Read more: http://madmonarchist.blogspot.com/2012/10/the-unification-of-germany-part-ii.html 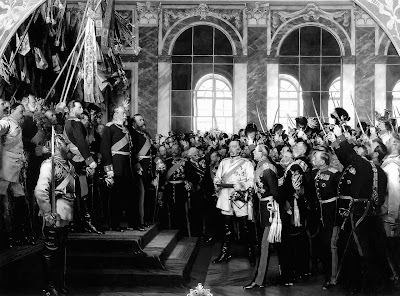