A fabulous post by Madame Guillotine with some great pics:

When Louis Auguste was born in the Dauphine’s bedchamber on the ground floor of Versailles in the broiling summer of 1754, the royal nursery at the palace was already home to Marie Zéphyrine, who was born on the 26th August 1750 and Louis Joseph, who was born on the 13th September 1751. Another son, Xavier, had recently died in February 1754 at the age of six months.

Typically, Marie Josèphe was determined not to make a fuss when she went into labour at around four in the morning and, believing she simply had colic, had got up and spent the next few hours alone before waking her husband who in his turn alerted the servants. Their new son was born at quarter to seven and immediately passed into the care of Madame de Marsan, who was already governess to his elder brother, the Duc de Bourgogne and a most imposing presence at court where she was one of the few granted the rare distinction of being allowed to sit in an actual chair in the presence of royalty and also, steady now, use an oval silver chamber pot instead of the usual round one. Lucky lady.

The baby’s grandfather was away hunting at his nearby estate at Choisy when the news arrived that his daughter in law had delivered a child and immediately rushed back to Versailles to inspect the baby. There had been some concerns about the healthiness of the Dauphine’s progeny as her three earlier babies had all apparently inherited her own rather sickly constitution, however this new boy delighted everyone by being gloriously plump, healthy and loud. According to court protocol, he was immediately baptised, presented with a tiny blue watered silk sash of the Order of the Holy Spirit and given the title of Duc de Berry which was always used instead of a Christian name – it was the custom at the time for royal sons to only be known by their titles (which could be recycled if they died in infancy) until they were christened later on. In Louis’ case, he was not to be christened until he was seven years old when he had to share the ceremony with his two younger brothers, Artois and Provence and their eldest sister Clotilde.

The end of what must have been an exhausting day for all concerned, but most particularly the Dauphine, was marked by the little Duc being taken off to the nursery by Madame de Marsan as the King himself stepped out to light the fuse for a splendid firework display over Versailles.

Everything augured well for this new princeling, however it didn’t take long for problems to arise when it soon became clear that his wet nurse wasn’t providing enough milk to satisfy the child. Everyone was in a panic about this and it should have been easy enough to sort out as the boy had six reserve wet nurses waiting to take over. However, the change never seemed to be made despite Madame de Marsan’s pleas to Louis XV. Eventually it turned out that the unsatisfactory wet nurse was actually a mistress of the Minister of the Household, the Comte de Saint-Florentin and he, not unsurprisingly, was somewhat loath to give her the sack, therefore she had remained and the prince had gone hungry as a result. All was well though in the end when Saint-Florentin’s subterfuge was discovered and the lady was kicked out of Versailles and replaced with someone else.

It's that time of year again! Happy birthday!

I wonder how he would have celebrated it

A picture of the young Louis. http://tiny-librarian.tumblr.com/post/95580943371/louis-auguste-dauphin-de-france-source 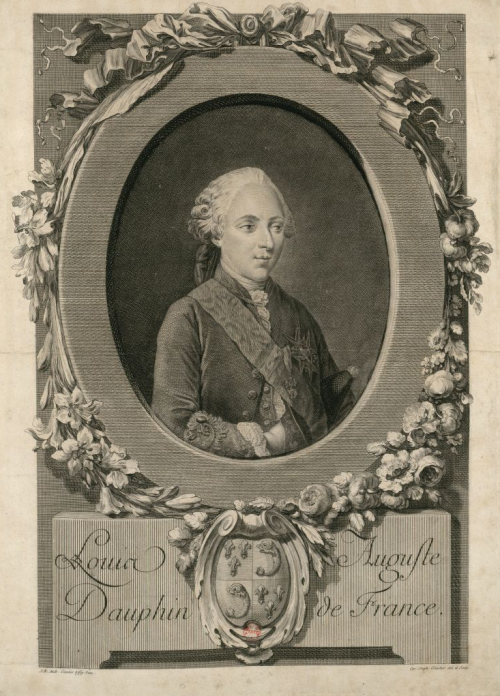 Any knowledge of gifts Antoinette and Louis might have exchanged during birthdays and holidays? I always wonder about little things like that.