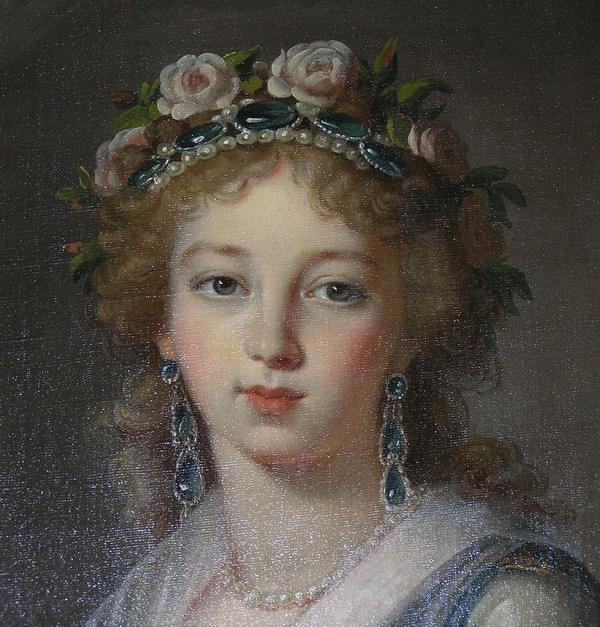 One of the forgotten and elusive figures of the Romanov family was the Empress Elizabeth Alexeievna, consort of Tsar Alexander I. Little has been written about her in English, and sometimes she was only a curious note in books about the earlier Romanovs. This treatment of her might be a little understandable. She did not do anything "great" in history to warrant special attention or popularity. And yet she was married to a man who was hailed as "Napoleon's conqueror" and "the liberator of Europe". She exercised no political influence in Russia, and throughout her lifetime, she was a sad and solitary figure, neglected by her husband, and treated with indifference by his family.

Judging from her portraits and the written descriptions of her by contemporaries, Elizabeth was an exceptionally beautiful woman. Beauty and charm are all the hallmarks of almost all Russian empresses, but popular opinion puts that she is the most beautiful of the last five empresses-consort of Russia. No wonder why many poets, writers and musicians throughout Elizabeth's lifetime dedicated their works to her, among them were Alexander Pushkin, Nikolai Karamzin, and Vasily Zhukovsky. Her angelic beauty, gentle disposition, and cultivated mind made her the star of the Russian court.

But when I look at that charming portrait of her by Elisabeth Vigee Le Brun wherein she was wearing a court dress and flowers on her hair, I can't help but think that her beauty, her remarkable qualities, her position as an empress, and her love for Russia, were all wasted by a lonely life that I believe she didn't deserve.

While she never truly won the heart of her husband and that of his family, she was well-loved by the Russian masses, the aristocracy, the courtiers, and even foreign visitors in Russia who were lucky to have the opportunity to meet and know her personally. She was indeed an “angel”, as described by Prince Czartoryski – the only man who had genuinely loved her in life and cherished her memory in death.

Re: The Forgotten Empress

She is SO beautiful!