I really loved The Black Tower.

Has anyone read this novel? It seems to be for younger readers. 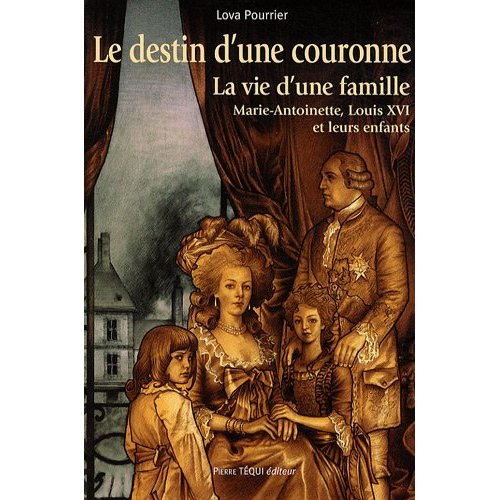 Apparently, it focuses on the whole family, including Louis XVII, Madame Elisabeth and Madame Royale.

I never heard of it. Thanks so much for bringing it to our attention!


After returning to France in 1814, after twenty years of exile, Marie-Thérèse-Charlotte, the daughter of Louis XVI and Marie-Antoinette, was contacted by the Sisters of Charity at the Hôpital des Incurables in Paris. One of their patients was Madame Simon, widow of the infamous Simon the cobbler who had brutalized the little Louis XVII in the Temple prison. Widow Simon claimed that the boy king had been smuggled out of the Temple in a basket of laundry, and that he had not died in 1795, but had been replaced by another boy who died in his place. The princess did not know what to make of such a wild story. In December of 1814 she went incognito to the hospital with two friends to personally interview the cobbler's widow. The following is a rendition of the confrontation from the novel Madame Royale:

....A frail old woman sat alone by the stove. She was in a wheelchair, a white linen cap on her head, a shawl around her shoulders and a blanket across her legs. She was tatting in the fading December light streaming through the window.

"Mère Simon, some people are here to see you, " said Sister Lucie. She withdrew without curtsying, as Thérèse had asked her. Lifting her veil, Thérèse approached the cobbler's widow. Her eyes met the steel grey ones in the withered face. It was a hard visage, as hard as she had ever remembered it to be, but not evil. She stared keenly at Thérèse for several seconds before looking down again at her tatting.

"Sit down, Madame," said Widow Simon, gesturing to a chair. Thérèse sat down; Pauline and Mathieu remained standing by the door. "You have heard, I suppose, that I was once the governess of the Dauphin. People talk of nothing but the Dauphin nowadays. Everyone wants to know about him; I tell them everything I can recall."

"Yes, Madame Simon," said Thérèse, trying to soften her grating voice. "I would like to hear about the Dauphin. They say he was a handsome child."

"Handsome!" exclaimed Mère Simon. "Ah, mon Dieu, he was like an angel with his golden curls and thick eyelashes! Both of my little Bourbons were beautiful children. Yes, his sister was a lovely girl, too." She furtively glanced at Thérèse. "A proud lass, but lovely. Oh, la la, but my Charles was a naughty rascal."

"Indeed, yes, Madame." The old woman stopped tatting and closed her eyes. "I made certain he ate all the food on his plate. I swept his chamber everyday and mended his clothes. I changed his bed linen often. Those tales about lice-- well, not while I, Jeanne Simon, resided at the Temple. My Charles loved me and I loved him. He wanted to come with us when we left."

"Your husband," asked Thérèse, hesitantly, "did he love Charles?"

Madame Simon's eyebrows arched defiantly."I do not care what stories you may have heard, but Simon did not hit Charles all that often. Why, he only hit him when he was drunk, and then he would hit me, too, for that matter. And Charles was a rascal-- all those princely airs and graces, those fine manners and book-learning, why, it just made Simon as mad as can be. He had to beat it all out of him, and knock some sense into his head. He would have done the same to a boy of our own. But he never hit him with an iron poker, knocking him half-dead. That's an evil lie. And he never broke his toys, or killed his pet birds. Not Simon. As for the guards--well, that's another story altogether. They would wake the little fellow up every few hours a night, when they let him sleep at all, to make certain he was still there. 'Capet, are you awake? Show yourself, you whelp!' they would call. It angered me, I must say. Simon did no such thing. He even bought Charles a dog, which was given to the boy's sister after he left."

"Yes," said Thérèse, remembering little Coco. "So I have heard. But tell me, did you take the Dauphin away with you?"

"We did, indeed. Simon smuggled him out in a hamper of dirty linen. Hiding the likes of Monsieur Charles was no easy task, let me tell you. Then Simon took him to some place called Vitry. Afterwards, Simon was killed. I did not see the Dauphin again for many years."

Thérèse suppressed a small gasp. "You saw him, Madame? When?"

The old woman's eyes brightened and her face glowed. "My Charles came to see me in 1802. He stood right here in this room."

Thérèse felt her pulses pounding, as she hid her emotion. "From the tower of the Temple until 1802 is a long time," she said lightly. "How were you able to recognize him?"

"By the scar on his upper lip, where the rabbit scratched him." The hard mouth softened into a sly smile. "Madame, I recognize you quite well, notwithstanding your disguise, although I have not seen you for very much longer....You are Madame Marie-Thérèse!"

Thérèse stood up and almost bolted from the room....

The novel Madame Royale contains a scene in which Marie-Thérèse of France confronts the mother of one of boys who had claimed to be her brother Charles, known as Louis XVII. There were rumors about many claimants and Marie-Thérèse felt it her duty to follow the various trails which led either to dead ends or to horrors. In 1827, she finally tracked down the mother of Jean-Marie Hervagault, one of the original pretenders. Nicole Bigot Hervagault may have been related to the police commissioner, Rémy Bigot. Bigot identified the body of the ten year old boy who died in the Temple prison in June of 1795 as being Louis XVII. Marie-Thérèse, of course, had not been allowed to see the body. Nicole's son Jean-Marie was the natural child of the Duc de Valentinois, a Habsburg relative. Marie-Thérèse thought perhaps Jean-Marie had been substituted for her brother. (The grave had not yet been found, and there was no DNA testing in those days.) Here is the excerpt from Chapter 24, "Jewels:"

Nicole said nothing, but only sobbed. Thérèse reached into a small velvet purse, and drew out an emerald brooch, surrounded by diamonds, as well as two garnet bracelets, and a ruby ring. The jewels, luminous in the dark room, flashed with their own sparks of flame. The tailor's widow's eyes widened.

"Madame Hervagault, I would like very much to make you the gift of these jewels," said Thérèse. "I have receipts for each setting, so that you can sell them if you desire, and have a more comfortable life than you have now. But first, I must know everything that you can tell me about Jean-Marie and if he was exchanged for my brother. The boy who was arrested in Chalons in 1798, I do not think that he was your son. Was he my brother Louis XVII?"

Thérèse put the jewels away. "I am very sorry that you will not accept my gift, Madame Hervagault. I truly want to help you, and protect you from whomever it is you fear. I cannot and will not force you to speak. But I do have something that I will be able to leave with you."

Thérèse reached into her purse again and took out the lock of chestnut hair that had been taken from the boy who died in the Temple on June 8, 1795 and which did not belong to Charles. She handed it to Nicole.

"This lock of hair was taken from a boy who died not far from here," said Thérèse.

Madame Hervagault examined the lock with trembling fingers, then kissing it several times, she sank to her knees in a storm of weeping.

At that moment, Thérèse was almost certain what had become of Charles. Slipping a few gold coins onto the chair, she departed from the cobbler's shop.