Someone just sent me this. It sounds worth looking into for those interested in Spanish Language, Art and Culture.

Queen Sofía Spanish Institute was founded in 1954 to promote the understanding of Spanish culture, past and present, and its influence in the Americas through a variety of programs. As the Center for American-Spanish Affairs, the Institute organizes lectures, symposia, luncheons and dinner meetings to discuss economic, political and social issues of concern to Spain, the European Union, Latin America and the United States. The Institute also offers language instruction and hosts numerous exhibitions and cultural events related to Spain and Latin America.

This December Queen Sofía Spanish Institute will present Joaquín Sorolla and the Glory of Spanish Dress, a seminal exhibition analyzing the rich history of Spain's regional clothing styles through the monumental paintings of Valencian artist Joaquín Sorolla y Bastida (1863-1923). Celebrated as a painter of light and hailed as a "modern of the moderns" by art critic Duncan C. Phillips, Sorolla was one of the most successful artists of his time, lauded for his free brushwork and his exceptional ability to capture atmosphere. For the first time, Sorolla's vivid depictions of Spanish life will be shown side by side with the types of costumes they portray in a spectacular display of Spain's traditional dress in all its glory.

Joaquín Sorolla and the Glory of Spanish Dress was conceived by Oscar de la Renta, chairman of the Institute's board of directors and a tireless patron of the arts who worked closely with the exhibition team to develop and realize the show. This compelling subject was inspired by the deep love of Spanish art and culture that Mr. de la Renta developed during his years living in Spain, where he moved at the age of eighteen to study painting at the Royal Academy of Fine Arts of San Fernando in Madrid, where his own illustrious design career began.

The exhibition curator is André Leon Talley, editor of Vogue's monthly column "Life with André." Talley received a Master of Arts degree in French literature from Brown University and later moved to New York City to assist Diana Vreeland at The Costume Institute at The Metropolitan Museum of Art. He is recipient of the Eugenia Sheppard Award for Excellence in Fashion Journalism by the Council of Fashion Designers of America and a member of the board of Trustees at Savannah College of Art and Design, where each year, the André Leon Talley Lifetime Achievement Award is given to a designer in recognition of their significant contributions to fashion.

In an unprecedented partnership with the Ministry of Culture of Spain, the exhibition will highlight costumes and artwork never before exhibited in the United States. Key clothing from Madrid's Museo del Traje, along with select pieces from the artist's own collection now housed at the Museo Sorolla in Madrid will form the core of the show. A selection of paintings completed as preparatory studies for Vision of Spain from the Museo Sorolla will provide powerful visual context for the garments. Additional objects from both private lenders and other institutions will be shown. Assorted ephemera will reveal parallel investigations of Spanish identity by other artists and scholars. Finally, a selection of clothing from contemporary designers will show Spain's enduring influence on fashion.

The accompanying catalogue-featuring forewords by Oscar de la Renta and Harold Koda, curator in charge of The Costume Institute of The Metropolitan Museum of Art, and an introduction by André Leon Talley-will be edited by curatorial research associates Molly Sorkin and Jennifer Park and consist of an anthology of essays on Joaquín Sorolla and Spanish regional dress by prominent scholars in the fields of art history and costume studies. Catalogue design and exhibition graphics will be created by Pace Kaminsky. Set designer Stefan Beckman, whose prestigious client list includes Marc Jacobs, Alexander McQueen, Chanel, Cartier, and the Brooklyn Museum of Art, will create the show's dynamic design.

Joaquín Sorolla and the Glory of Spanish Dress will be accompanied by a series of related public programs. Please email arts [at] spanishinstitute.org for more information about upcoming programming and educational or group visits. 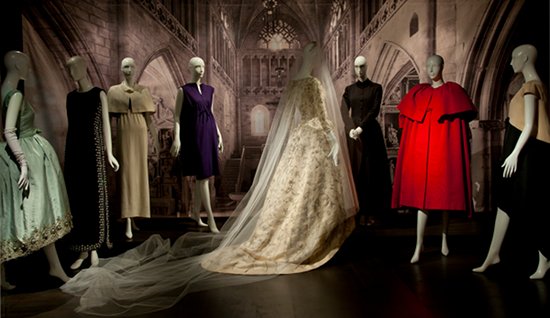