OK, I hope this topic doesn't start any flame wars or attract any nasty comments onto the forum.

Elena, I hope you can post links to some of your Tea at Trianon articles on Pius XII.

In addition, the well-known Italian mystic,  Padre Pio of Pietrelcina,  who was very devoted to Pius XII,  and who even offered his own life to God in exchange for the Pope's recovery during the latter's earlier illness in 1954,  had a vision of him in Heaven on the morning of his death, October 9, 1958.  Apparently Elena Rossignani, the niece of Pius XII, was told by Padre Pio that he had been awakened during the early hours of October 9 by a tapping on the window of his cell, caused by a little white bird. This was followed by a vision of the Pope's death and ascent to heaven. Padre Pio was nonetheless very upset and moved by the vision and roused his fellow friars to pray for Pius XII. Afterwards, while saying Mass, Padre Pio had another vision of Pius XII in heaven. This is discussed in a diary entry of Padre Pio's spiritual director, and also in a letter from one of Padre Pio's fellow friars to Pius XII's assistant, Sister Pascalina Lehnert.
http://www.piododicesimo.com/padrepio.html
More pictures: 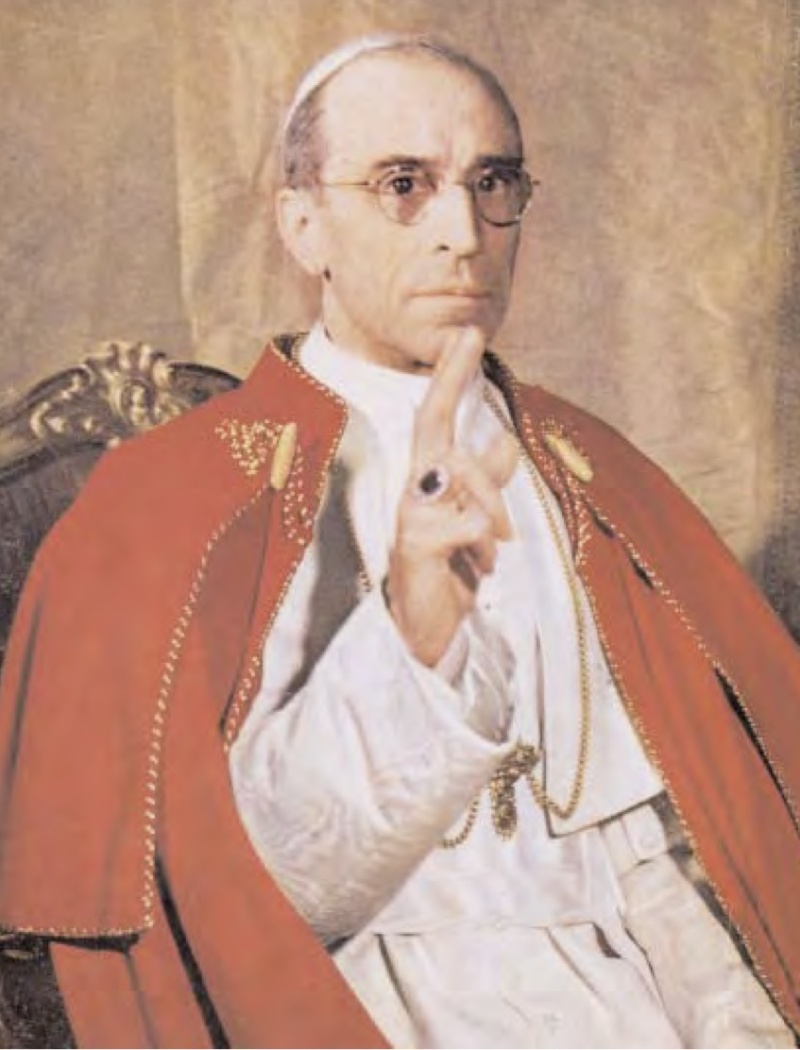 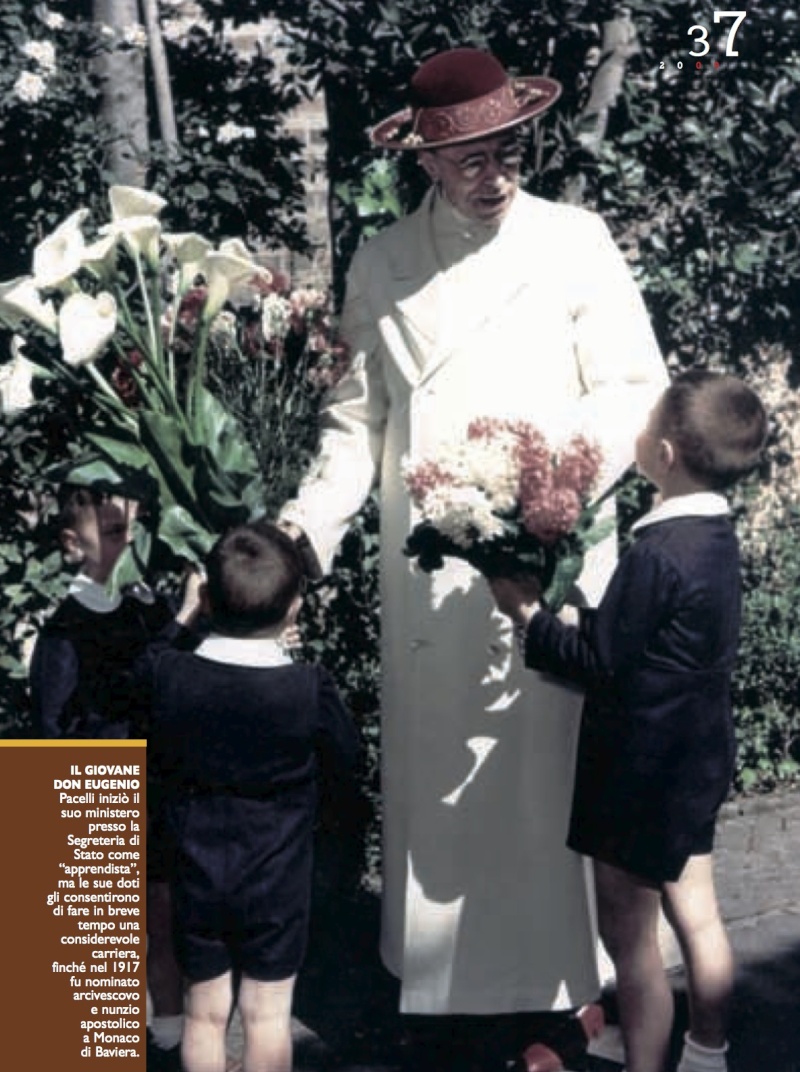 Coat of arms of Pius XII: 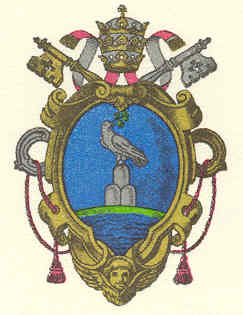 Here is the "Ode On the Death of Pius the Twelfth" by the Australian poet A.D. Hope.

To every season its proper act of joy,
To every age its natural mode of grace,
Each vision its hour, each talent we employ
Its destined time and place.

I was at Amherst when this great pope died;
The northern year was wearing towards the cold;
The ancient trees were in their autumn pride
Of russet, flame and gold.

Amherst in Massachusetts in the Fall:
I ranged the college campus to admire
Maple and beech, poplar and ash in all
Their panoply of fire.

Something that since a child I longed to see,
This miracle of the other hemisphere:
Whole forests in their annual ecstasty
Waked by the dying year.

Not budding Spring, not Summer's green parade
Clothed in such glory these resplendant trees;
The lilies of the field were not arrayed
In riches such as these.

Nature evolves their colours as a call,
A lure which serves to fertilise the seed;
How strange then that the splendour of the Fall
Should serve no natural need

And, having no end in nature, yet can yield
Such exquisite natural pleasure to the eye!
Who could have guessed in summer's green concealed
The leaf's resolve to die?

Yet from the first spring shoots through all the year,
Masked in the chlorophyll's intenser green,
The feast of crimson was already there,
These yellows blazed unseen.

Now in the bright October sun the clear
Translucent colours trembled overhead
And as I walked, a voice I chanced to hear
Announced: The Pope is dead!

A human voice, yet there the place became
Bethel: each bough with pentecost was crowned;
The great trunks rapt in unconsuming flame
Stood as on holy ground.

I thought of this old man whose life was past,
Who in himself and his great office stood
Against the secular tempest as a vast
Oak spans the underwood;

Who in the age of Armageddon found
A voice that caused all men to hear it plain,
The blood of Abel crying from the ground
To stay the hand of Cain;

Who found from that great task small time to spare:
- For him and for mankind the hour was late -
So much to snatch, to save, so much to bear
That Mary's part must wait,

Until in his last years the change began:
A strange illumination of the heart,
Voices and visions such as mark the man
Chosen and set apart.

His death, they said, was slow, grotesque and hard,
Yet in that gross decay, until the end
Untroubled in his joy, he saw the Word
Made spirit and ascend.

Those glorious woods and that triumphant death
Prompted me there to join their mysteries:
This Brother Albert, this great oak of faith,
Those fire-enchanted trees.

Seven years have passed, and still, at times I ask
Whether in man, as in those plants, may be
A splendour, which his human virtues mask,
Not given to us to see?

If to some lives at least comes a stage
When, all active man now left behind,
They enter on the treasure of old age,
This autumn of the mind.

Then, while the heart stands still, beyond desire
The dying animal knows a strange serene:
Emerging in its ecstasy of fire
The burning soul is seen.

Who sees it? Since old age appears to men
Senility, decreptitude, disease,
What Spirit walks among us, past our ken,
As we among these trees,

Whose unknown nature, blessed with keener sense
Catches its breath in wonder at the sight
And feels its being flood with that immense
Epiphany of light?