It is the feast of St. Martin of Tours, the great thaumaturge who converted large parts of France. The cloak of St Martin was one of the most precious relics of France, borne before her armies, hence the word chape gave rise to our English words "chaplain" and "chapel." St. Martin spoke out against capital punishment for heretics. The shrine of St. Martin at Tours was one of the holiest of French pilgrimage sites; he is considered one of the patrons of the Holy Face devotion which also originated there. According to New Advent:

The Church of France has always considered Martin one of her greatest saints, and hagiographers have recorded a great number of miracles due to his intercession while he was living and after his death. His cult was very popular throughout the Middle Ages, a multitude of churches and chapels were dedicated to him, and a great number of places have been called by his name. His body, taken to Tours, was enclosed in a stone sarcophagus, above which his successors, St. Britius and St. Perpetuus, built first a simple chapel, and later a basilica (470). St. Euphronius, Bishop of Autun and a friend of St. Perpetuus, sent a sculptured tablet of marble to cover the tomb. A larger basilica was constructed in 1014 which was burned down in 1230 to be rebuilt soon on a still larger scale This sanctuary was the centre of great national pilgrimages until 1562, the fatal year when the Protestants sacked it from top to bottom, destroying the sepulchre and the relics of the great wonder-worker, the object of their hatred. The ill-fated collegiate church was restored by its canons, but a new and more terrible misfortune awaited it. The revolutionary hammer of 1793 was to subject it to a last devastation. It was entirely demolished with the exception of the two towers which are still standing and, so that its reconstruction might be impossible, the atheistic municipality caused two streets to be opened up on its site. In December, 1860, skilfully executed excavations located the site of St. Martin's tomb, of which some fragments were discovered. These precious remains are at present sheltered in a basilica built by Mgr Meignan, Archbishop of Tours which is unfortunately of very small dimensions and recalls only faintly the ancient and magnificent cloister of St. Martin. On 11 November each year the feast of St. Martin is solemnly celebrated in this church in the presence of a large number of the faithful of Tours and other cities and villages of the diocese. 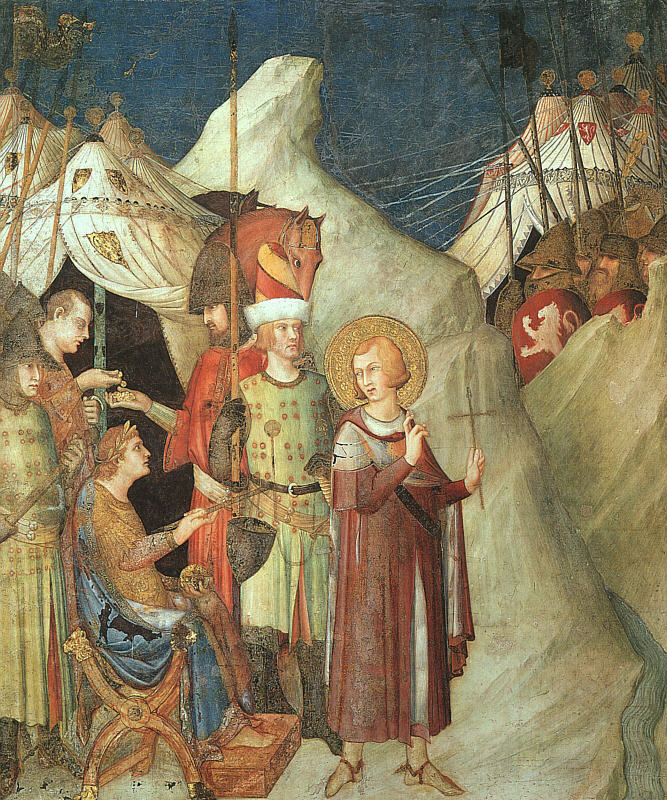