From Mad for Monaco:
http://madmonaco.blogspot.com/2011/11/prince-albert-and-princess-charlene-in.html 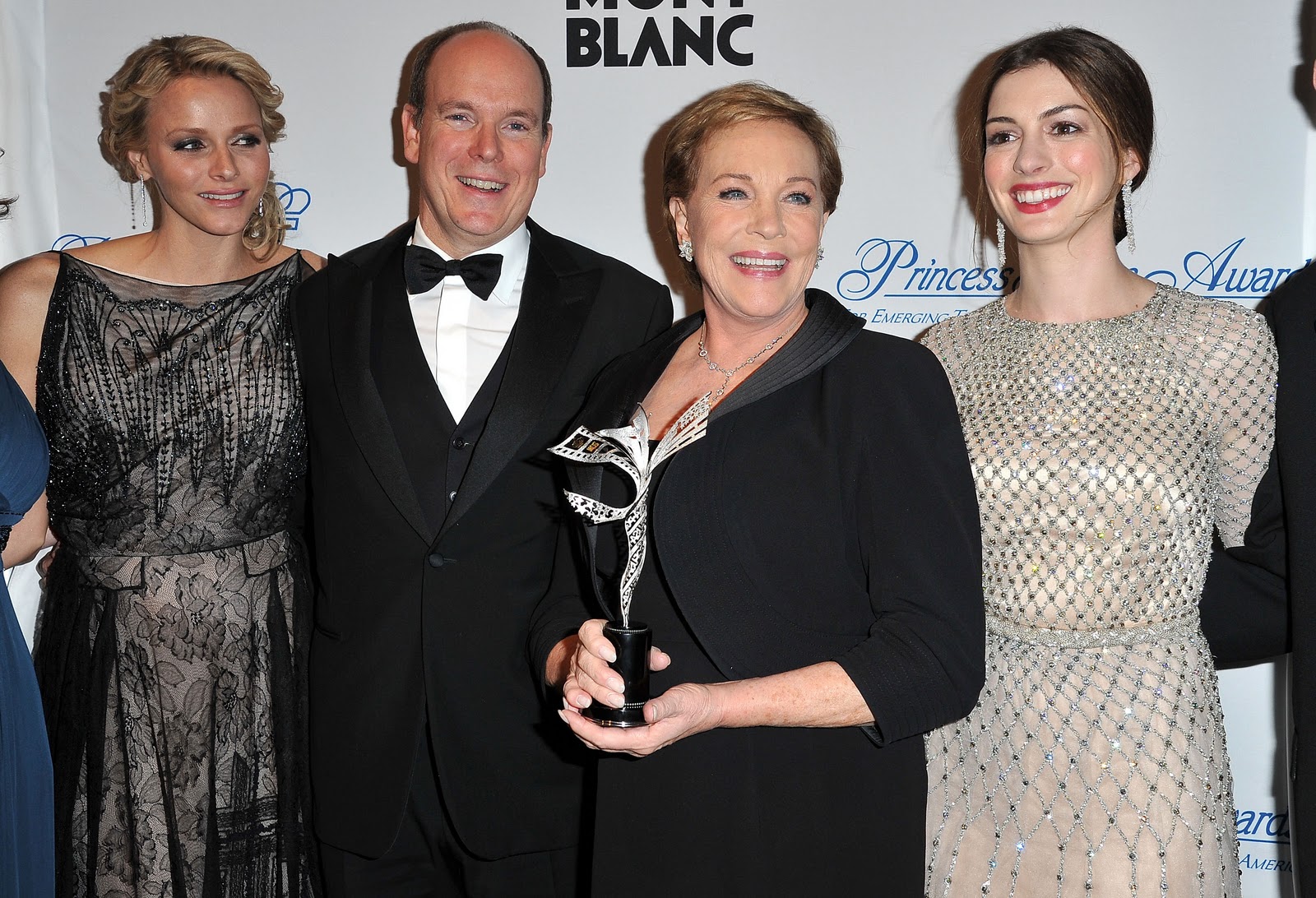 T.S.H. Prince Albert II and Princess Charlene have been in North America and have had to cover quite a great distance to be everywhere they were required. Late last month Prince Albert II, because of his years of work with the Olympic Games, was honored with a doctorate from the United States Sports Academy. This was presented at the (previously covered) 5th annual Peace and Sport International Forum. His helping in putting the forum together was also cited as merit for his new honorary doctorate. On the west side of the Atlantic, the Prince and Princess were busy this week, starting the month off with the Princess Grace Awards gala in New York City. Among those honored this year were Jon M. Chu (yes, the guy who made the Justin Bieber movie -not kidding) who received the Princess Grace Statue and stage and screen legend Dame Julie Andrews DBE who was presented with the Prince Rainier III Award. She deserves any award she receives as far as I’m concerned and I doubt anyone would argue that. There was also a special luncheon in honor of the Princely couple attended by most of the social elites of New York City. If you’re somebody in the Big Apple -you were probably there. Keeping a busy schedule as usual, the next day the Prince and Princess of Monaco zipped up to Toronto, Canada to attend the opening of the “Grace Kelly: From Movie Star to Princess” Exhibition. The special will run until January 22 and is based on the exhibition “The Grace Kelly Years” which has been such a big hit at the Grimaldi Forum in Monaco.

Re: Prince Albert and Princess Charlene in America

My thoughts on Prince Albert's and Princess Charlene's wedding.
http://teaattrianon.blogspot.com/2011/07/monacos-princely-wedding.html 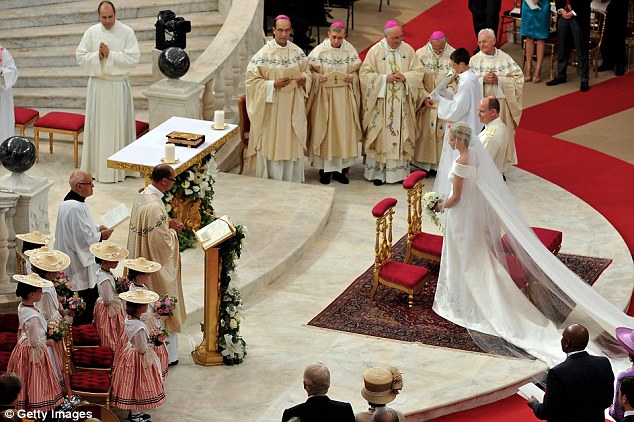 I enjoyed watching the wedding of Prince Albert of Monaco to the former Miss Wittstock, now Princess Charlene. It was held in the palace rather than in the cathedral, for reasons of space. I was impressed by the serenity and recollection of the new princess during the nuptial mass. A recent Catholic convert, it is my impression that Princess Charlene has wholeheartedly embraced her new faith. The gown was simple but utterly exquisite; the prince had trouble keeping his eyes off of his bride during the ceremony. The first reading was from the Book of Tobias, about the wedding of Tobias and Sarah. Tobias, after a long search for a bride, finds his lady at last, and they pray together before consummating their union. (Tobias 8:4-10)

According to Hello! Magazine:

The courtyard had been turned into an open-air cathedral, where Monseigneur Bernard Barsi, Archbishop of Monaco, was to conduct a Catholic wedding mass consecrating her marriage to the Monegasque sovereign.

With her head ever so slightly bowed, but with a composed smile on her face, the 33-year-old, who was raised thousands of miles away in a humble South African family, looked like she had been born to the role.

Watching her every step intently were the 3,500-strong congregation; plus 800 more celebrities, royals and family members who had been ushered into the inner courtyard.

And millions more – watching on TV screens and through the internet across the globe - witnessed her life-changing journey down the red carpet.

Before making their wedding vows the couple were asked to renew their baptismal vows. I have never seen that done before. May God bless them with many happy years!